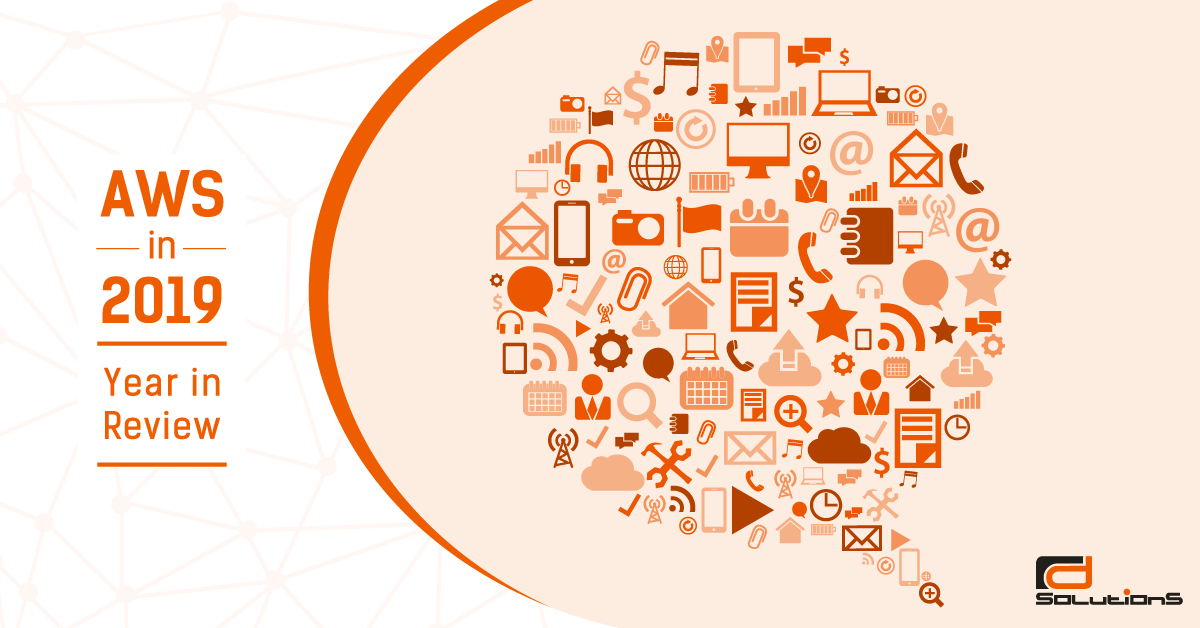 As 2019 ended, I decided to review AWS’s activity this past year.

“Reviewing” turned into hours of reading and watching videos.

Even for someone working with AWS daily, it’s impossible to keep up with everything.

I’ve compiled a list of news, courses and services/features that I found interesting.

This list is by no means exhaustive. If you have a billion hours available, check out AWS’s official website.

I feel like this new pricing model got lost in the array of news AWS puts out daily.

And that’s a bad thing.

Savings Plans are a game-changer for pricing. They might even spell the end for Reserved Instances.

I’ll get into the details of AWS pricing in a separate article.

If you want a more detailed explanation, check out the AWS website.

It’s worth noting that you can finally take the Cloud Practitioner Exam (the entry-level certification) from your home/office. The process is still far from perfect, but AWS and Pearson Vue are taking steps in the right direction.

AWS (and everyone else) is betting big on ML. They’ve added a bunch of new services (as you’ll see later) and a course on building and training a CV model using Apache MXNet and GluonCV.

Alexa is Amazon’s AI assistant that’s used in the Amazon Echo/Echo Dot. AWS is trying to fill the voice skill gap by releasing an Alexa for Developers Course that explains concepts like Voice User Interface and the usage of the Alexa Skills Kit.

The rest are honestly pretty self-explanatory, so I won’t ramble on about them.

The total number of AWS services is now approaching 200. For comparison, in mid-2017, that number was less than 100.

Good luck to anyone starting out.

Obviously, I can’t cover each new service or feature here. Instead, I tried to summarize and combine together the most important ones by topic.

As I said, AWS is going big on DL, ML and all other acronyms related to Artificial Intelligence.

Cost optimization has always been a pain for cloud users in general. In 2019 AWS introduced a few welcome services that try to address the problem.

There are a lot more features/services in this category (like AWS Backup) and it would take too much time to list them all. It’s worth noting that nearly all of them try to simplify or entirely automate tasks that users have trouble with.

There’s definitely a reaction to smaller cloud providers that offer a less confusing/cheaper experience for newcomers. AWS is taking note and acting accordingly.

Cloud security – the favorite topic of technology journalists and new cloud users alike. Both don’t get how it works and adding new features/services won’t change that. Still, it doesn’t hurt to simplify things once in a while.

Migrating Away From Oracle

AWS probably made more noise in the media about moving away from Oracle than anything else this past year. I mean, just look at the video below.

They claim to have saved tons of time, money and headaches by finally migrating. All of the hype was an obvious jab at Oracle Founder/CTO Larry Ellison, who, in an interview last year, said that Oracle will win the cloud wars among other ridiculous things.

This was an absurd thing to say as no startup wants to build their business on top of Oracle cloud. But it did get the media’s attention.

Fast-forward to a year later, Amazon migrated away from Oracle and trolled Larry Ellison massively in the process.

That’s what you call irony.

If I have to choose the next big hype train after the ML/AI settles down, it would be Quantum Computing.

And I’ll be honest – I have no idea how it works.

Still, if the biggest players in the game are working on it, it’s probably worth keeping an eye on.

Earlier in 2019, Google announced it had made a significant breakthrough.

Quantum Computing is still in its very early R&D stage, but Big Tech is investing heavily. Don’t be surprised if it turns out to be the next big thing 5 years from now.

AWS’s annual summit is now firmly the most significant tech event in the world. Re:Invent is a must follow for everyone, not just cloud geeks.

65 000 people showed up to re:Invent this year. The event itself was massive, with new services and features being announced every minute. A lot of them had to do with new trends in tech like 5G for ultra-low latency, machine learning for just about everything and quantum computing for whoever knows what it can do.

If you want a quick recap of the event, check out this article from AWS or AWS’s YouTube channel, if you have a few days available.

Last year saw AWS hold on to its lead in the market and establish itself as the platform for the future.

From the looks of it, AWS is aiming to improve in a few key spots in 2020:

Artificial Intelligence – The stage has been set for AWS to take the lead in this area. The services and specializations I already mentioned plus the hardware (AWS Inferentia) make AWS a natural choice for developers and data scientists. That said, other big players also have their sights on this market. There isn’t a clear winner in this space yet.

Quantum Computing – I don’t want to beat this point to death. AWS is investing heavily in this area, as are the other cloud providers. Next year won’t be definitive since the technology is still in its infancy, but it will show us who wants to compete in this area.

Pricing and Simplicity – big cloud vendors (AWS included) have been riding a non-stop wave of innovation and profits for more than 10 years now. As of 2020, they’re not the only game in town, though. Smaller providers snuck up and took a piece of the market. More specifically, they focused on customers that wanted to start quickly and work cheaply. AWS isn’t giving up that segment without a fight.

The new Savings Plans, Resource Optimization Recommendations, Compute Optimizer, AWS Solutions and Lightsail all try to appeal to an audience that wants something cheaper and easier to use. You can bet more features and services of this type will follow next year.

If you don’t know about it, here’s a short summary: Microsoft won a 10 billion dollar cloud services contract with the US Government. AWS didn’t like that and is now fighting the results. Their CEO Andy Jassy publicly disputed the outcome and slandered Microsoft during re:Invent.

Expect more of the same (but worse) this year.