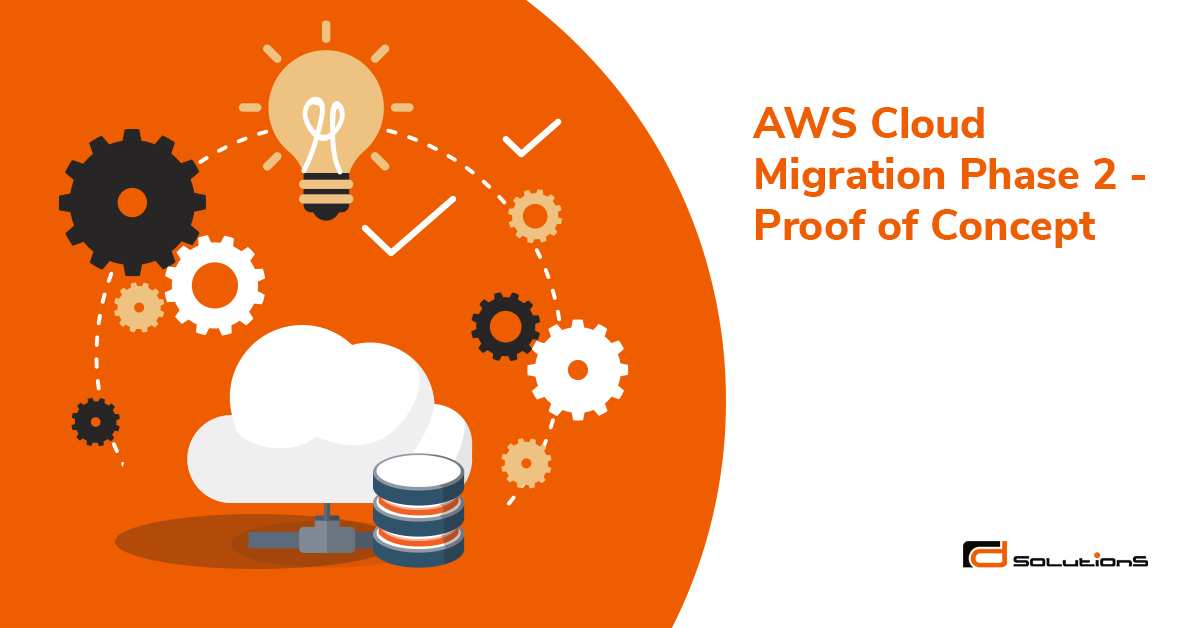 The only way to see if you truly have the best possible version of your idea is by running tests in the AWS cloud and verifying their results.

This is where Proof of Concept comes into play

What is a Proof of Concept (PoC)?

PoC is a term used in various fields of business and science.

The point of running a PoC test is to demonstrate to interested parties that an idea is viable according to specific criteria by taking a small part of that idea and verifying it through testing in a real-life environment.

If the PoC shows satisfying results, stakeholders and other decision-makers can greenlight the full implementation of the project.

PoC tests can be used for a variety of purposes – to demonstrate financial viability, system compatibility, or the completion of specific tasks.

Businesses have been performing these types of test on potential customers for years with techniques like focus interviews. We can also look at minimal viable products as a form of PoC testing since they’re mainly used for gathering data from early customers.

PoC in the AWS Cloud

PoC tests are often performed as part of the preparation for cloud migration.

Businesses craft a detailed plan and strategy and then try to see if their estimations were correct. This usually means migrating a small part of their IT portfolio (like a single application) to see if everything’s working correctly without risking much.

The PoC tests also allow you to get used to the layout, infrastructure, and applications supported by the AWS cloud.

If you’ve performed a successful technical assessment, you should have an idea of what to use for testing. For example, an application that’s vital to your day-to-day operations isn’t the best choice for testing, but a small dataset or a legacy application might be. It’s essential to spend some time prioritizing before starting your PoC test.

Apart from playing it safe, you also want to demonstrate results. This is where PoC tests can get tricky. You don’t want to go overboard and risk too much money or time performing an unsuccessful experiment. Keep things simple and on a small scale.

At the same time, being too conservative can also be a problem. If you keep everything to a minimum, you run the risk of finishing your PoC without any valuable information and no proof of anything.

You’ll need to find the solid middle ground between going overboard and not doing enough to demonstrate results.

In an ideal scenario, after the test, you or the company CIO, CTO, or other decision-makers will see the value of migrating to the cloud and will have enough information to make an informed decision.

A successful PoC test should lead to two key results for you and your team.

First – you’ll know if your initial idea was spot on or if it needs customization. Second – you’ll have a demonstration that’s compelling enough to convince your organization to move forward with the migration.

Apart from that, you’ll learn the basics of AWS like its terminology, applications, and capabilities.

And finally, you should have a collection of recorded numbers and facts that you can research later. Lots of companies make the mistake of not monitoring critical metrics during PoC tests. If you aren’t collecting data during tests you might as well skip them entirely.

Also, keep an open mind through the PoC phase. Regardless of how hard you’ve worked on assessing your digital portfolio beforehand, some of the results may not be what you expected. Treat the process as a learning experience and don’t be afraid to correct your timelines or cost estimations if there’s a need for it.

As you can see the PoC phase isn’t the most complex part of cloud migrations.

At the same time, it’s crucial to validate your ideas through tests in the live environment.

If you’ve gone through the assessment phase the right way, PoC testing shouldn’t be a problem. In fact, as you examine your applications and infrastructure, you’ll probably get a few ideas on what to test in the AWS cloud.

As a certified AWS Consulting Partner, we know how important PoC testing is. That’s why as a part of consulting services for AWS migrations, we offer free PoC testing in the live cloud environment for everyone in our AWS Consulting Tier. You can check out how we help companies migrate to the AWS cloud here.